Ah, being submissive! That is what is happening here in this image. The band stallion is Red Face and he is gathering up his entire band (16 total) which were scattered across an acre of prairie. Another stallion, Satellite, had approached with his band. We later witnessed two skirmishes between the two stallions.

Going out AGAIN shortly in search of Teton (the stallion who stole Gray Ghost’s mares)! He is in some unbelievably difficult country! Yesterday I spent several hours looking for him. When I finally glassed them, they were in a spot impossible to get to. He has made me feel very human and very inadequate.

Have an awesome hump day in your part of the world! Thanks for all of your support!
Deb 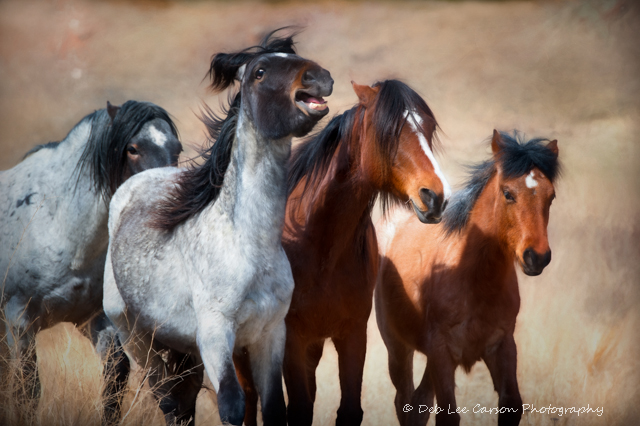