Do you recall from Part II the critical timing of a new foal receiving colostrum?

How is the situation different for wild horses than for domestic horses?

In a domestic setting, breeders can measure the quality and antibody levels of a mare’s colostrum and determine whether the foal will need supplemental colostrum. Veterinarians and breeders often keep a supply of extra colostrum for cases such as these, but they still have a very limited window of time in which to give it to the foal. This involves round-the-clock bottle feeding every half an hour to an hour. If they aren’t able to get colostrum to a newborn foal quickly enough, veterinarians can deliver a transfusion of plasma, although it is more expensive and every delay increases the chance of a fatal infection taking hold.

In the wild a foal’s only source of colostrum is from its mother. If she doesn’t produce high quality colostrum or if she drips too much before the foal is born, there is no bank of extra colostrum available to the foal. If the foal is born with other health issues that prevent it from standing and nursing or if the mare rejects the foal, there is no one there to provide veterinary care and round-the-clock bottle feeding. The remoteness and rugged terrain of many of the areas where horses roam means that most foals are not even seen by human eyes until they are several days old. The survival of the foal is completely dependent upon its mother and her ability or interest in nurturing.

Can another mare adopt an orphaned or rejected foal?

Sometimes other mares in the herd that are lactating will allow another foal that is not their own to nurse, but they won’t be able to provide that all-important colostrum. A pregnant mare who is about to give birth will generally have already weaned any previous foal she had and will not allow a strange foal to nurse, as she is saving her colostrum for her own foal. A mare who has just given birth will be protective of her new foal and won’t allow a strange foal to nurse. Unless the timing lines up very exactly and a mare loses her foal at birth on the same day as another foal is orphaned, and that mare finds and accepts that foal, the orphan foal will not get any colostrum and its chances of survival will plummet.

Dry mares will sometimes allow an orphaned foal to suckle, but physical stimulation alone is not enough to induce lactation. Studies have been done with horses in a domestic setting to determine a course of hormonal injections that can induce lactation in a mare, so long as she has successfully nursed a foal of her own before.(2) With the treatments, non-pregnant mares can begin producing milk and can adopt another foal, continuing to nurse it and produce milk even after the treatments have been stopped. However, the treatments don’t stimulate production of colostrum, just of regular milk. This can still be very helpful to produce nurse mares in a domestic setting, but is not an option for mares in the wild.

What about the meconium?

Another critical piece in the first few hours of a newborn foal’s life is the passing of the meconium. The meconium is the first feces passed by a newborn, consisting of cellular debris and fluids that build up in the digestive tract before birth. It forms dark, firm pellets that are normally passed within 3-4 hours of birth. In fact, drinking the colostrum kick starts the process and acts as a laxative. However, if the foal is not able to pass all of the meconium in the first day it can become impacted, which can lead to colic and can be fatal. In a vicious cycle, a foal with impacted meconium grows more and more uncomfortable with straining to pass the blockage, and may stop drinking the colostrum, which otherwise would help promote the movement of the meconium. A straining foal in a domestic setting can be treated with an enema, or in extreme cases undergo surgery to remove the blockage and repair damage caused by the straining. A foal in the wild must be able to pass the meconium on its own in order to survive.

With all these complications, it’s amazing how well horses can reproduce on their own. After all, they’ve been doing it successfully for thousands of years! The production of colostrum, the presence of the specialized transport cells, the laxative effect of the colostrum, and the bonding instincts of mare and foal are all finely adapted pieces of the system to produce a healthy new life. Most foals are able to nurse shortly after birth, absorb the colostrum, and pass the meconium without issue. Once all of these steps have been checked off and the newborn foal has survived its first 24 hours there is an ever increasing chance that the foal will continue to survive and grow.

Remember how important it is that the bonding process goes undisturbed. A mare who is stressed by the presence of humans, especially a mare who is a first-time mother, is more likely to reject her foal out of fear or confusion (3). Make sure to give a wide berth to any mothers with new foals. Use binoculars to watch at a respectful distance, and use a long lens to get photographs that appear close. Watch the mare’s body language for any signs of nervousness or discomfort at your presence and leave the area if necessary. Horses can sense our focus, so sometimes all it takes to ease the pressure is to ignore the mare and foal. A new mother needs to be able to give all her attention to her foal, so that she can raise it healthily and happily.

This concludes the three part series on “Neonatal Foal Survival” !

We want to say a very special and HUGE thank you to the author, Melissa Thompson. We thank her profusely for her contribution and research in helping us understand the first critical hours of a wild foals life!

Please continue to share this information so more of us may become educated to the first critical hours of the wee wild ones we all love so much. It is important to understand that their little lives are completely dependent on that wild momma and to give her and her new life every chance they can to succeed!

2 Induction of Lactation and Adoption of Foals by Non-Parturient Mares. Daels, PF, Duchamp G. and Porter, D. Proceedings of the Annual Convention of the American Association of Equine Practitioners, vol 48, 68-71, 2002. http://www.ivis.org/proceedings/aaep/2002/910102000068.PDF

The Importance of Colostrum to Foals: http://www.equineguelph.ca/pdf/facts/Importance%20of%20Colostrum%20to%20Foals%20Apr_08.pdf

Equine Colostrum: The Elixir of Life for a Newborn Foal: http://csu-cvmbs.colostate.edu/Documents/erl-colostrum-elixir-life-2014.pdf

Induction of Lactation and Adoption of the Orphan Foal: https://www.researchgate.net/publication/238088846_Induction_of_Lactation_and_Adoption_of_the_Orphan_Foal

How to Induce Lactation in Non-Pregnant Mares: http://www.ivis.org/proceedings/aaep/2006/pdf/z9100106000259.pdf?origin=publication_detail 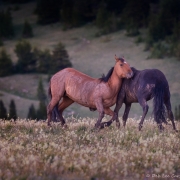 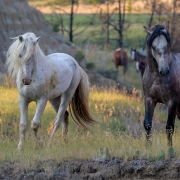 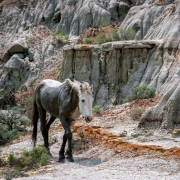 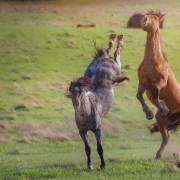 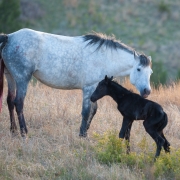 Wee Wild Ones – Part II – Colostrum – How Important is it? 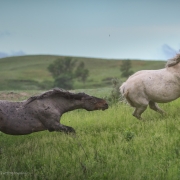 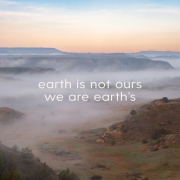 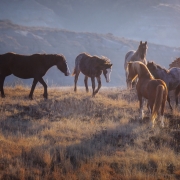 Wee Wild Ones – Part II – Colostrum – How Important is it...

The Pilgrimage Begins!
Scroll to top