“This one isn’t just any old horse. There’s a nobility in his eye, a regal serenity about him. Does he not personify all that men try to be and never can be? I tell you, my friend, there’s divinity in a horse, and specially in a horse like this. God got it right the day he created them. And to find a horse like this in the middle of this filthy abomination of a war, is for me like finding a butterfly on a dung heap.

We don’t belong in the same universe as a creature like this.”
― Michael Morpurgo, War Horse

During the Revolutionary War, where our ancestors fought against taxes imposed by the British parliament, which they claimed were unconstitutional approximately 25,000 lives, American and ally, were lost during active military service, but also tens of thousands of horses were killed not only in battle as infantry horses but also on farms, for the same reason the enemy destroys houses, barns, food supplies and ammunition.

In our remembrance and celebrations of today, the 4th of July, remember the wild ones and their ancestors who also bravely fought for our freedoms!
Deb 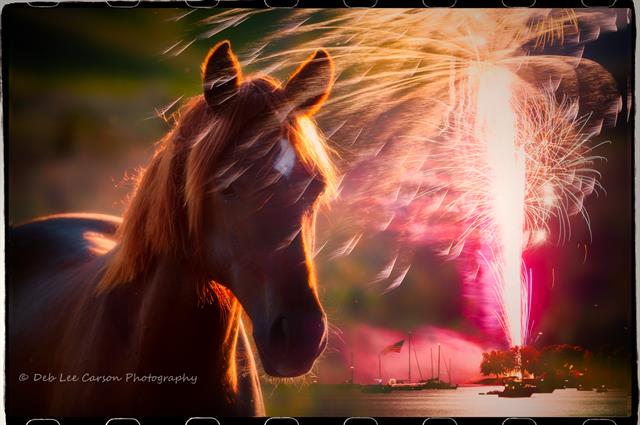