“Nature always wears the colour of the spirit.”

In all his wild glory stands the regal bachelor stallion Circus!

He has become secluded and elusive, living across the Little Missouri in Theodore Roosevelt National Park. In the early dawn hours on Monday morning my husband and I saw him at the park entrance and then several hours later he was back at his old haunt, north of the Cottonwood Campground on the opposite side of the river.

Since arriving on March 19th, he has rarely been seen, but this past week he has shown himself to a few. Local native, Cowboy Lyle, photographed him earlier in the week. Yesterday my chance came about so I hoofed it down to the river and admired him from across the expanse of the Little Missouri.

He is another one of the stallions with a presence that cannot be denied!

Have an amazing day in your part of the world! As always thank you from the bottom of my heart for all your support!
Deb 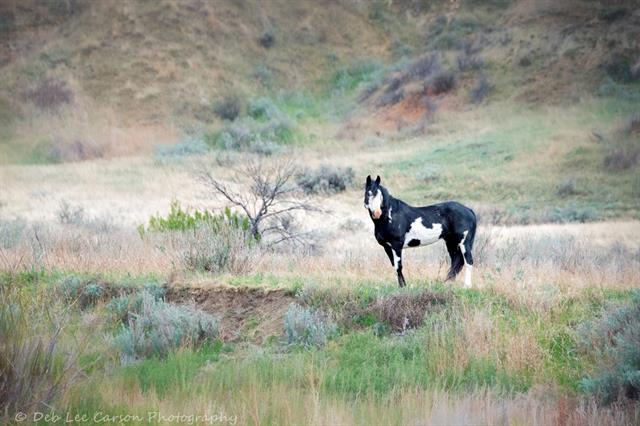