“I only know one story. But oftentimes small pieces seem to be stories themselves.”

― Patrick Rothfuss, The Name of the Wind

It was interesting to watch Silver stand on ridge above his harem, proud and alert. He stood like that for a very long time observing Thunder and Copper. When he finally made his way off the ridge and across a valley on a dead run, he went for Copper not Thunder. Copper immediately drove him back to his band of mares.

This happened on three different occasions. Silver would make his way across the valley, Copper would drive him back. Silver’s final attempt was when Thunder had driven Copper a long way off. Silver made his move, running off the ridge across the valley, and headed straight to several of Thunder’s mares and yearlings who were on the peripheral of the harem. As Silver was trying to gather these mares, Copper came roaring back in because Thunder was now occupied with driving off Silver.

It all ended with Thunder keeping both stallions at bay!

This week has been quiet. Other than observing two bachelors half-heartedly trying to move in on Thunder, Thunder has kept his band pretty well hidden. On Monday, he had a serious limp. Moving mostly on three legs, but still with enough presence and tenacity to keep two roaming bachelors at bay.

Have an awesome day in your part of the world! Thank you as always for your support!!!!
Deb 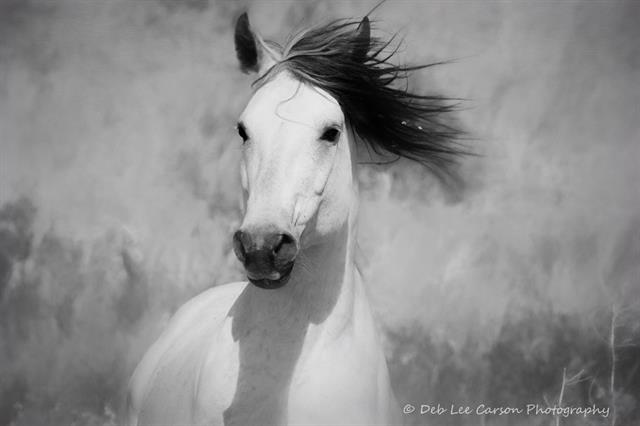