“I found Him in the shining of the stars.”

The ‘shining of the stars’ is what I think of when I see this image of Thunder Cloud! Staunch defender of his harem, small and mighty, beautiful, and full of wildness!!!

He has lost one of his mares earlier this week to another band stallion. She was his only mare with a foal and I believe was caught in a melee of sorts between multiple bands and Thunder has not been able to get her back, although he has tried.

This image was taken the morning of the encounter with Copper which is now two weeks ago. He doesn’t look this good now, as he remains covered with battle scars, some of them are healed, some are still healing and he continues to have a marked limp.

He is still wild and proud and quick to defend his mares! He is still a star in the wild.

Have an awesome day in your part of the world! Thank you, as always, for your ongoing support and encouragement!
Deb 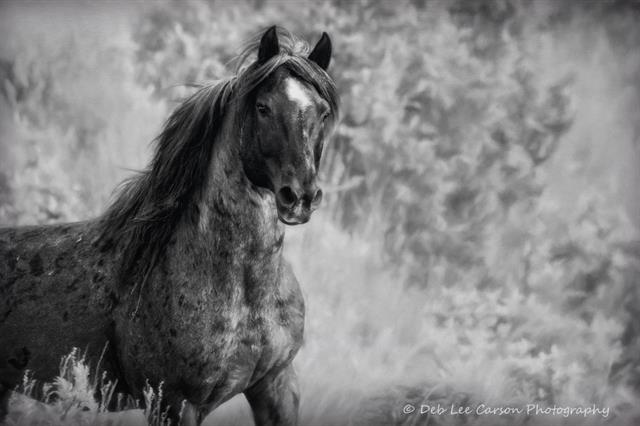 Whiskers and Ears
Scroll to top