Oh there is soooo much drama in the park and again it involves the former band of Gray Ghost! Quick, someone send him a memo and tell him his mares are free for the taking!

Well, at least, as of yesterday morning they were without their band stallion, Teton. Teton was sighted earlier in the morning hanging with his brother Wild Rye quite some miles away from the mares!

All of them except for this mare, Ruby and her yearling! Cloud was working at taking Ruby back to his band the night before and as of yesterday morning he had succeeded in the task. Now if only Flicka and Chubby would accept them. Quite frankly they have not been very nice to this pretty mare!

Last night leaving the park sunset (can’t wait to show you this image) they were still at it! Seriously, that is a whole story in and of itself!

To top it off the other drama in the park are a two-year-old filly from Thunder Cloud’s band is now with Blaze!

Have an awesome Saturday! Will share the Cloud image tomorrow morning….stay tuned!!!
Deb 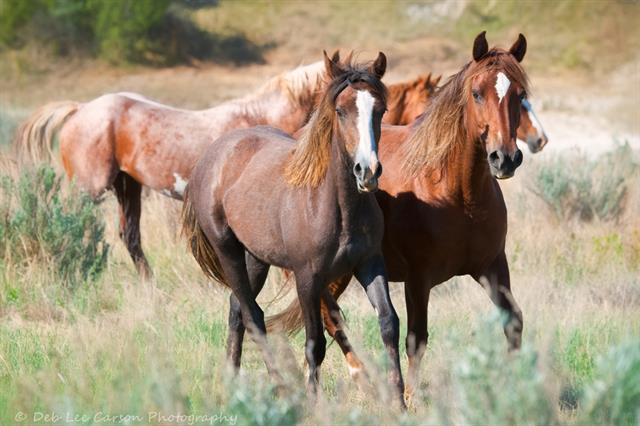