“Freedom lies in being bold.”

Satellite is bold, small, and filled with tenacity! His harem has Crow, Lighting and her filly, Haleakala, Sweetheart and her colt, Rocky, and two yearlings – Marty and Zane.

He acquired his name Satellite because he hovered around the band of Red Face. Red Face was Singlefoot’s (retired band stallion) protege and Satellite was always in the peripheral of the shared band of Singlefoot and Red Face.

So hard to keep up with the antics between the two bands, but fascinating to watch!

In this image Lakota, a mare in Red Face’s band, had approached Satellite on her own mission, separate from the one earlier, and Satellite was leery of her motives!

Have an awesome night in your part of the world! 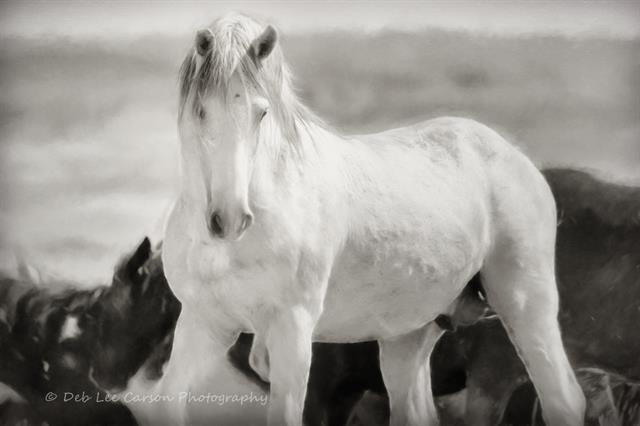 They Are Free
Scroll to top