“What we call the beginning is often the end. And to make an end is to make a beginning. The end is where we start from.”

I don’t even know where to begin. I have been sitting in front of my computer for the last hour trying to formulate how to write about yesterday. It would fill a book! From sunup to sundown the experiences we encountered were heart stopping, heart warming, and heart wrenching.

The most profound experience yesterday was witnessing a lone, white stallion, Gray Ghost, without his harem of mares. It tore our hearts apart. He was the last band we were on the hunt for and the three of us couldn’t believe it when we found him without his girls.

Gray Ghost, born in 2002, is one of the older band stallions and he was upstarted by two bachelors who must have tagged team and stole most of his mares and their yearlings. Gray Ghost’s mares and the two bachelors are all one band right now and the bachelors appeared to be clearly at a loss of what to do with this new found responsibility. There were still three of his band not accounted for, two mares and a yearling, and with relief we were able to locate them at the end of our day.

Has he lost them forever? Time will tell. Like T.S. Eliot says, sometimes the end is where we start from. I bring you this image of Gray Ghost in the early morning light as he worked his way down off from a butte, alone. 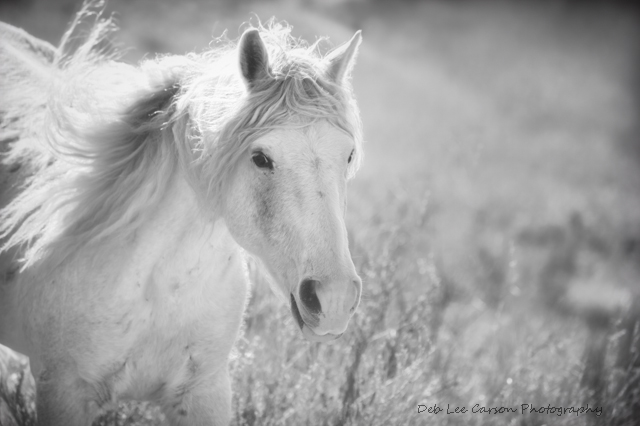 A Sleeping Bear
Scroll to top